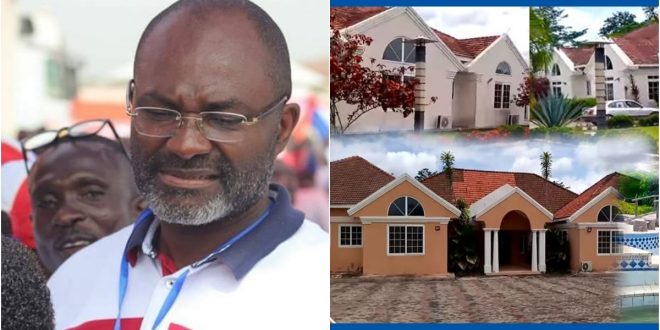 A video of Kennedy Agyapong’s beautiful and expensive mansion abandoned in his hometown has surfaced the internet.

the abandoned house of Kennedy is said to be situated in Assin Fosu in the Central Region his hometown.

looking at the video, the house on the compound could sum up to 30 with a beautiful swimming pool and a ballroom.

Kennedy is said to be one of the richest politicians in Ghana and is known to always talk about his wealth when he appears on TV or radio.