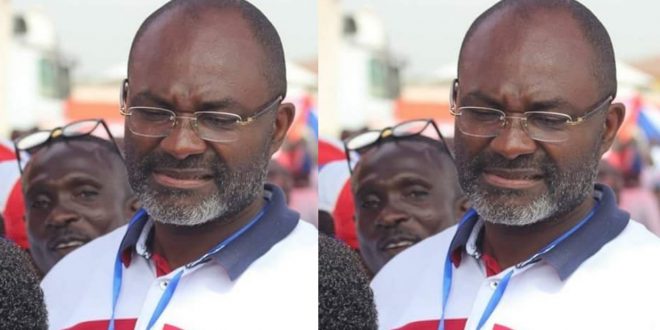 Kennedy Agyapong to start his own church for this reason. (audio)

The member of Parliament for Assin Central, Hon. Kennedy Agyapong has expressed his desire to start his own church.

Kennedy Agyapong has revealed that, he wants to liberate the mind of Ghanaians from the evil and fake pastors and that he will name his church “Christ Church of Common Sense”.

He revealed that he will be the head pastor of the church and will lead every sermon.

Kennedy AGyapong has taken it upon himself to expose all the fake men of God in the country.

He first exposed Bishop Daniel Obinim which lead to his arrest and later exposed Cecilia Marfo for spitting in the mouth of his congregation.

Kennedy Agyapong is a one-man army and when he turns his sight on a particular pastor, the pastor has no choice but to surrender.

Now his attention has been drawn to Prophet Nigel, Kennedy revealed via Life TV that Nigel was a womanizer and was worse than Obinim.