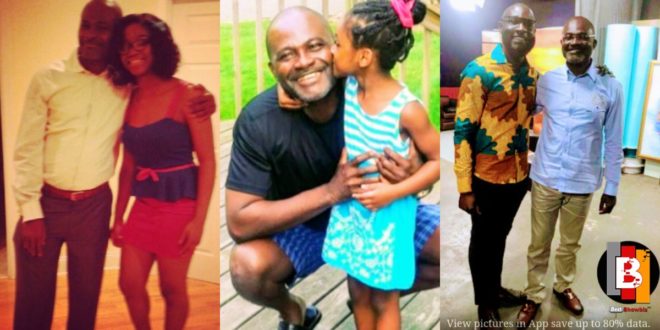 Kennedy Agyapong is the current Member of Parliament in the Assin Central constituency. He has represented his constituency in parliament for close to 20 years due to his good works.

Now one of the richest politicians in Ghana, Ken was first elected as a member of parliament for Assin in 2000 and he retained his seat in 2004 and 2008. Later, the constituency was divided into two (Central and North) and now Kennedy is the Mp for Assin Central.

Honorable Kennedy Agyapong as we all know is one of the strict and controversial lawmaker we jave in Ghana but as shocking as is may seem, he is a lovely father when at home.

We have in our possession some rare photos that capture the lovely moments the maverick politician spends time with his beautiful children.