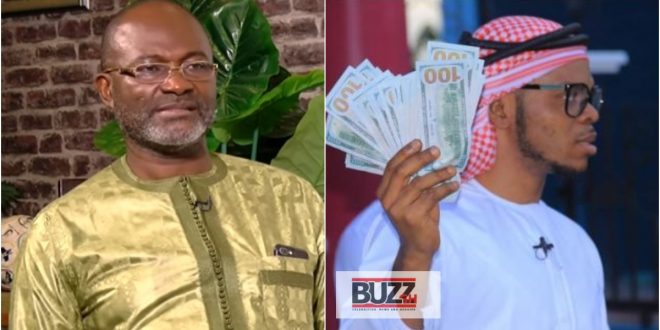 The tension that emerged between the M.P for Assin Central Kennedy Agyapong and Bishop Obinim has ended and despite their prolonged-bitter quarrel Kennedy has showered praises on Obinim with regard to his generosity towards his mistresses.

according to Kennedy Agyapong, Bishop Obinim is noted for seeing to the financial well-being of all the ladies he engages in casual-sexual relationships with as he dashes tons of money to his “side-chicks” after each sexual encounter.

He made this revelation on Net 2 TV as he lashes at Nigel Gaisei for maltreating his mistress and at some point killing some of them.