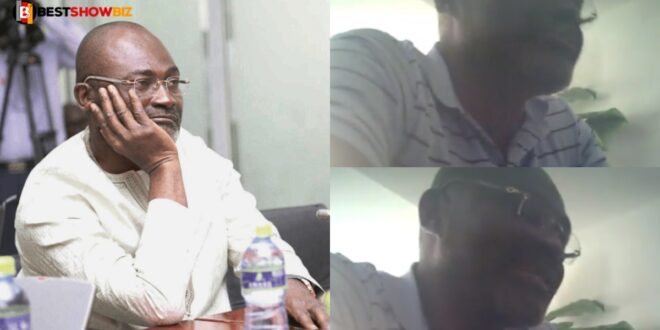 Kennedy Agyapong is a man who is known for saying whatever he feels like saying in Ghana and going without punishment.

In a leaked video in which he was recorded secretly, the MP revealed why he was so confident in doing and saying what he said, especially with his attacks on media people. It is a good way to start the day.

Hon. Kennedy Agyapong has revealed some undisclosed facts regarding the power behind him, allowing him to threaten several journalists in Ghana.

In a covert recording, he said that Anas Aremeyaw Anas planned to use the media to silence him.

With the president’s help, he was able to overcome him, and even in court, he ordered him to remove his veil before proceeding.