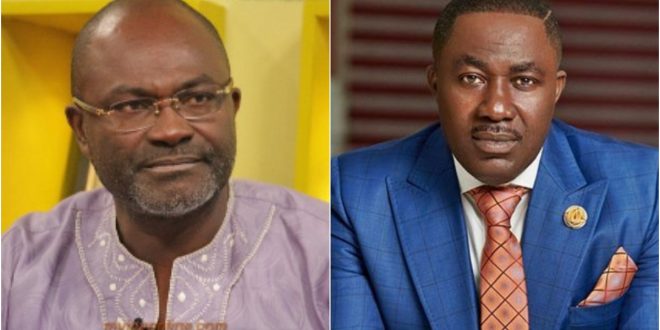 It has been revealed that the popular and richest man in Ghana Dr. Osei Kwame Despite was not born with the name Despite but acquired it during his early days in his life and Kennedy Agyapong (his close friend) has briefed us on how he gained that name.

According to Kennedy Agyapong the M.P for Assin Central, Osei Kwame was born into a poor family and did not get the opportunity to even attend school and gain any form of formal education But he was determined to make it in life and be regarded as one of the richest men in the country.

he had a slogan that became popular and the slogan is: ‘Despite the fact that I didn’t attend school, I will be rich in life’. it was later shortened to only Despite which became part of his name and had remained up till now.

he was able to see his dreams come true although he was not a fortunate child as he was born into a poor home.

Kennedy Agyapong made the revelation when he was hosted by Paul Adom-Otchere on ‘Good Evening Ghana’ on Metro TV on Tuesday, 23rd June 2020.