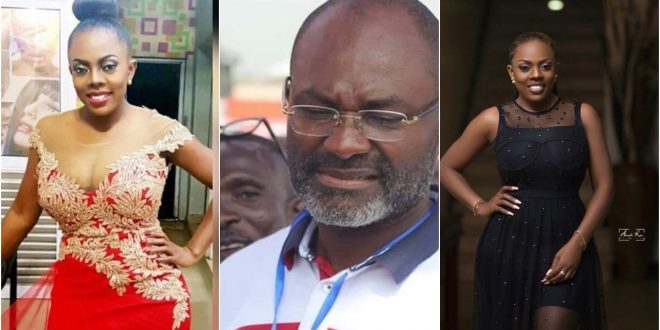 Mavrick politician Kennedy Agyapong, has revealed that he loves and respect Nana Aba Anamoah so much because she is smart woman.

According to the politician, Nana Aba Anamoah did not fall prey to the lies of Prophet Nigel when he wanted to dupe her.

Kennedy Agyapong revealed that, prophet Nigel told Nana Aba Anamoah that his father had buried a lesser God in their family house and that will cause problems for her.

Kennedy Agyapong further revealed that, Nana Aba turned a deer ear to what Nigel said, due to this she has earned his love and and respect alot.

Kennedy revealed many famous people have fallen for the scam of Prophet Nigel, using mzbel as a case study where the musician was duped and raped by the man of God.