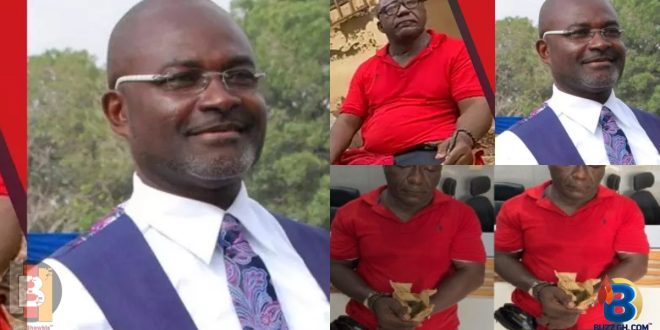 The Controversial Member of Parliament Hon, Kennedy Agyapong has opened up on rumors that have it that the weed found on the “NDC” pastor, Apostle Kwabena Owusu Agyei following his arrest was planted.

The man of God was arrested yesterday during a live interview he was granted with journalist Boamah Darko following his word that is most described as “treason”.

A substance investigated to be ‘weed’ was found in his side bag and has been added to his charges. Some special analysts have also indicated that all that happened (The weed instance) could be a trap to silence the pastor.

Reacting to these analysts, Kennedy Agyapong took to an interview on Asempa FM and according to him,  the weed was actually found on the man of God and also refuted claims that it was planted.

“This man claiming to be a pastor is a chronic wee smoker and a thief so it is not surprising they found some on him,”

“Journalists there took the video and they were with the officers throughout the operation so claims that the weed was planted are bogus,” Kennedy Agyapong explained