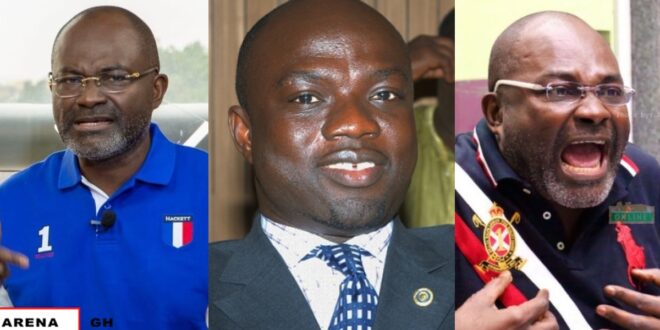 Hon Kennedy Agyapong, Member of Parliament for Assin Central, has identified some officials from the opposition NDC as suspects in the gruesome murder of J. B. Danquah-Adu.

On February 9, 2016, at his residence in Shiashie, the then NPP MP for Abuakwa-North was stabbed several times in the neck and chest by alleged armed robbers, killing him.

After five years, no one has been found guilty. Daniel Asiedu, aka Sexy Dondon, was arrested and charged with murder, but he has yet to be found guilty.

Kennedy Agyapong, who is outraged by the way the police have treated the case, has moved to name the killers of J.B.

He told a US-based Ghanaian station that Amadu Bukari Sorogho, the MP for Abokobi-Madina Constituency, and Stan Dogbe, a former presidential staffer, must be kept as primary suspects.

During his questioning, Sexy Dondon admitted to police that Amadu Sorogho and Stan Dogbe are involved in his acts, according to the maverick politician.

Mr Agyapong went on to say that the case’s police investigators reported Sexy Dondon’s confession to him.

Sexy Dondon’s subsequent apologies to Mahama, Stan Dogbe, and others for mentioning their names while in police custody also raises eyebrows, according to him.

Below is a link to his interview.