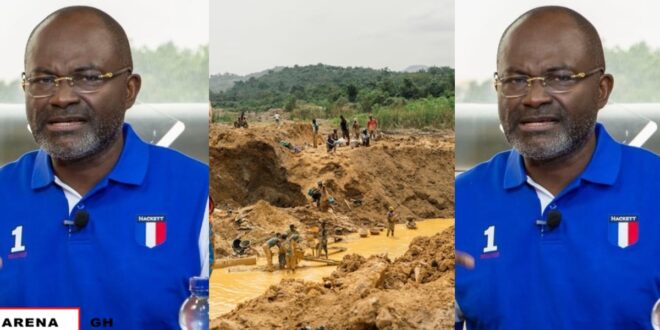 Kennedy Agyapong names the top Government Official Responsible for Most Galamseys in Ghana.

Hon Kennedy Agyapong, a fearless Ghanaian politician, has named one of the government officials who are the bane of illegal mining in the country.

Though most of his colleagues are behind the country’s excessive illegal mining, Kennedy Agyapong, a member of Parliament for Assin Central, said in a phone interview with One Ghana TV that there is a governmental body that has more impact on the operation.

He claimed that the Ghana Mineral Commission, led by Mr. SK Boafu, is the driving force behind the country’s galamsey.

The Mineral Commission, according to the business mogul, is in charge of dispatching people to gold-mining locations.

He went on to say that, despite being a government entity, the government has only little influence over it.