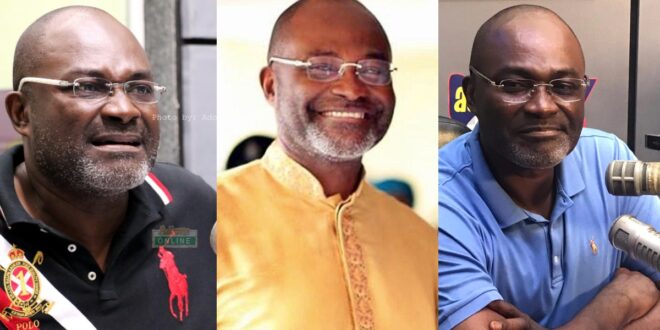 Kennedy Agyapong names some corrupt Doctors in Ghana who almost k!lled him and his son (video)

Politician Kennedy AGyapong is known for saying his mind regardless of the consequences because he has the money to maneuver his way out of trouble.

Yesterday he was on Net2 TV as a guest on a show called ‘Attitude’ and it was during the show that he said some things about some doctors in Ghana who almost killed him and his son when they were not well.

Kennedy Agyapong Mentioned the names of some prominent doctors like Doctor Akoto and Doctor Sirebour to tell the world how the two failed to do their jobs and nearly put his life and that of his son in danger.