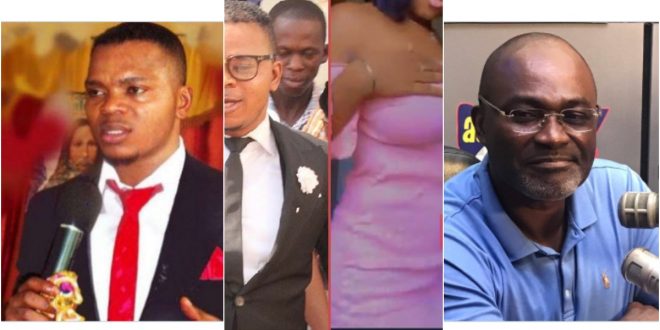 Hon. Kennedy Agyapong has once again brought out another big piece of the puzzle in his expose’ on Bishop Obinim. He leaks a phone call that went on between Obinim And his maid alleged to be having affairs.

According to Kennedy Agyapong who happens to the MP for Assin Central, he is not resting until all these ‘fake’ Pastors are brought to light.

In the phone call, it is revealed how Obinim tried to snatch his maid who he was having an affair with by luring her to go in for a divorce with her husband. Obinim is heard on the phone call saying that he will support her if she leaves her husband.

Kennedy Agyapong has once again started with his investigations on the bad dealing of Obinim and it is believed Obinim’s claim to be the richest pastor and richer than him(Kennedy Agyapong) is the cause.

Listen to the audio below for more details: