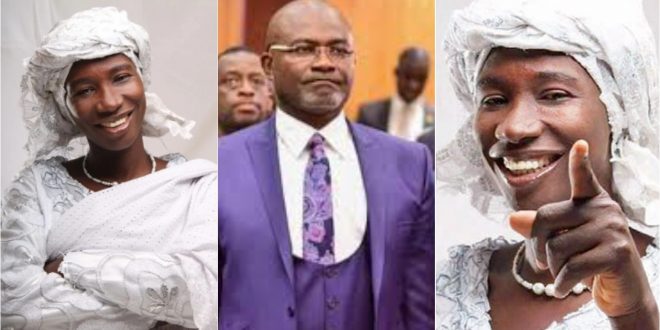 Member of Parliament for Assin Central, Hon. Kennedy Agyapong has thrown fires onto gospel singer and prophetess, Cecilia Marfo, and has threatened to expose her in all her dealings.

According to the MP, Cecilia Marfo who recently diverted in to be a prophetess is as fake as all other so-called pastors out there and he is ready to expose her like he’s done to Obinim and countless other ‘Men of God’.

Taking to Net 2 TV, Kennedy Agyapong revealed that the prophetess uses disgusting ways such as spitting in people’s mouths and beating her followers as she claims to be manifesting God’s work.

“We cannot allow this woman especially in the era of COVID-19, to be spitting into people’s mouths. It is so disgusting,” said Agyapong as he reacts to Cecilia Marfo.

“Get ready, I’ll face you. You’re deceiving the public, deceiving the people in this country. When I start with Cecilia Marfo, I don’t want anybody to come and tell me that she is a woman,” Agyapong continued.