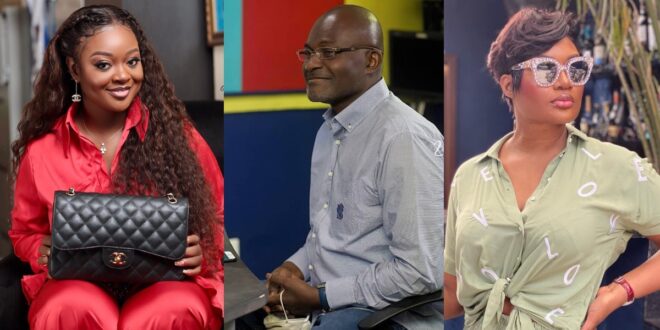 One of the big phenomena among our celebrities is the competition to see who flies in airplanes the most. Since they are globetrotters and cannot sit in one position for lengthy periods of time.

Sandra Ankobia, Jackie Appiah, and, most recently, Fella Makafui have been flexing all over the globe and documenting their adventures on social media.

Kennedy Agyapong, a Member of Parliament from Assin Central, claims that only poor villagers act in this manner.

According to Kennedy Agyapong, he is astounded that so-called celebrities would travel first class and photograph their luggage, accessories, and the plane’s interior to post on social media.

He explained that such actions only suggest that the individual is a villager who has been given a once-in-a-lifetime chance she cannot pass up and must preserve every memory of it to display the world.