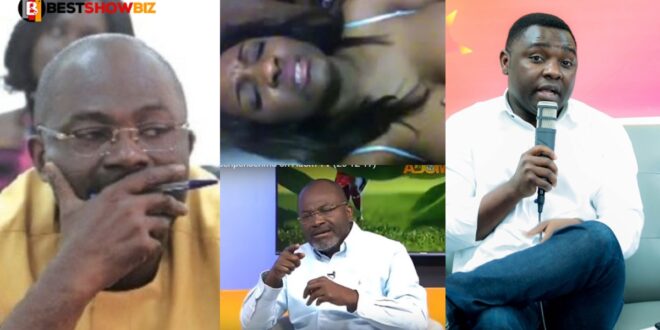 Kennedy Agyapong has been threatened by Kevin Ekow Taylor, who has vowed to expose a N*kad film of him.

The Ghanaian social commentator who resides in the United States of America claims to have in his possession a 12-minute film of the Assin Central MP and his female companions participating in an adult game.

According to him, in the most recent episode of his Loud Silence show, he said that Hon. Kennedy Agyapong should reveal the video he claims to have of John Mahama.

It should be remembered that Hon. Kennedy Agyapong has stated on the record that he has a N*kad video of former President Mahama in his possession.

Read Also  Ghanaian mother in tears as her only son dies of coronavirus in Italy. (screenshot)

Kevin Taylor has stated that he will issue his video at the same time as Hon. Kennedy Agyapong releases the video of John Mahama.