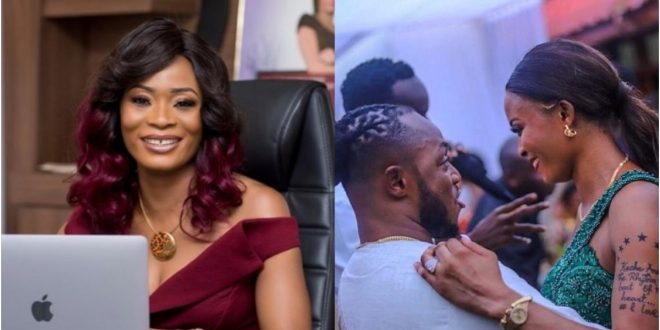 It has been alleged that the billionaire wife of Keche Andrew, Madam Joan has been involved in a wite man scandal per evidence that has just hit the net.

in a post made by a Snapchat user by the handle ‘The Hustle Will Pay’, Joan was accused of being involved in a scandal, saying a white man has just contacted him and he has all the information. the post has ever since been trending and has got Ghanaians talking.

If we recall, Madam Joan during an interview on the Delay Show stated that she makes hundreds of millions of dollars per year which caused a lot of discussions on various platforms. many Ghanaians have started claiming all her billions of dollars was acquires by defrauding whites.