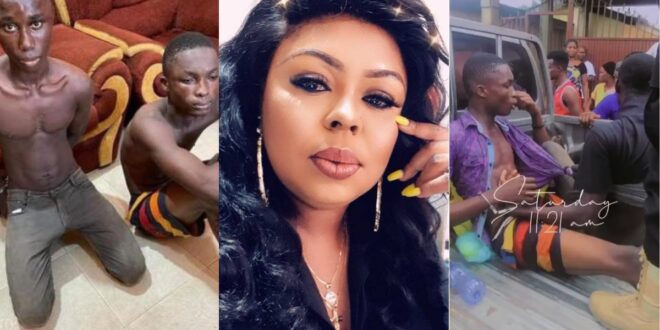 #Kasoamurder: Afia angrily blasts the Kasoa Police and gender minister for failing to do their job.

Queen Afia Schwarzenegger, self-proclaimed queen of comedy and mother of twins, has slammed Kasoa police officers, the Gender Ministry, and a host of ministers over the 10-year-old’s murder in kasoa

The nation was saddened to hear of the death of a 10-year-old boy who was reportedly murdered by his friends for a money ritual.

In this respect, Afia Schwarzenegger has taken to social media to express her displeasure with the Police Service and other government sectors. some social media critics often believe that mallams who are given the opportunity to promote their works are to blame.

Kasoa Police Officers, according to Afia Schwarzenegger, refused to do their duty by encouraging people to photograph the late 10-year-old’s body. She has expressed her displeasure with the manner in which the body was captured in the police vehicle.

She also chastised Lawyer Adwoa Safo, who also happens to be the Gender Minister, for being silent during the ordeal.

To get the full view, watch the video below.