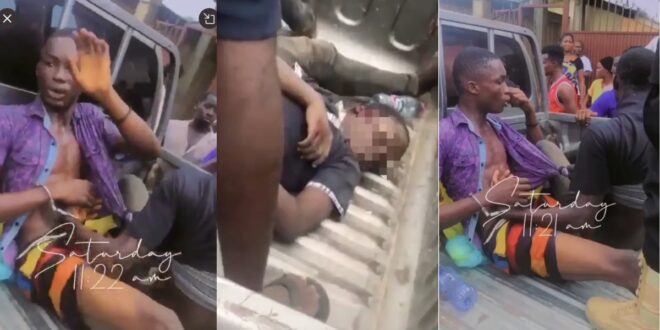 there is a trending story that has practically gone viral across all social media networks, in which two 16-year-old boys are accused of killing a 10-year-old boy and cutting off his ears in order to use him for money rituals.

According to information collected on the social media, the 10-year-old was playing in his room when he was summoned by the 16-year-old boys to join them in playing. They killed and wrapped his dead body in a cloth after they had already cut off the body part they needed. Unfortunately for them, the father of the deceased boy saw them and promptly notified the police, who arrested them.

Many Ghanaians have expressed their views on the issue, with many stating that the right thing to do is to sentence them to death rather than to prison. Others, on the other hand, believed that the two boys should be turned over to the crowd for “jungle punishment,” rather than to the authorities.

The following are pictures taken at the site of the incident: