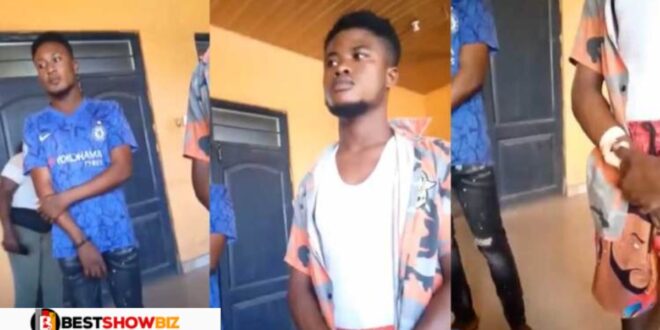 The incident, which resulted in an argument between them, ended with one of them stabbing the other in the hand, prompting the other to file a police report about it.

It was only after Evans used a cutlass to cut Prince’s hands during an argument that the employer realized the two men were gay, according to Prince Nyator and Evans Amoah’s respective employers.

During a conversation with the employer about how they ended up at the police station, it was revealed that she was the one who filed the police report after they both failed to explain why Prince had a cut on his hand.

Reports state that they admitted to having slept with each other until Prince found a girlfriend, which Evans became jealous of and stabbed him in the hands during an altercation.

After being taken into custody by police, the two gay couples have since been released and will appear in court soon.