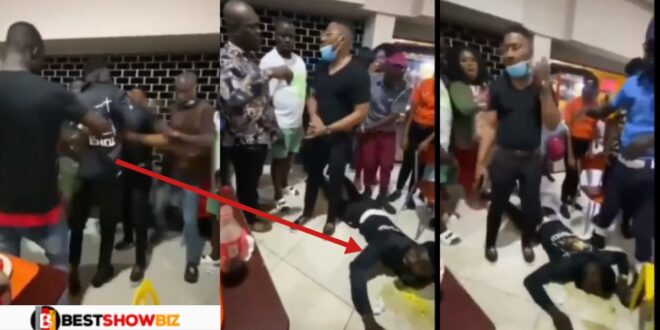 Karma: Watch video of how a man was forced to swallow a drink he poῗsoned for his friend at a party.

During an outing, a young man whose name has yet to be revealed was compelled to ingest a drink he poisoned for a friend, according to a video circulating on social media.

The viral video showed how a man tried to kill his own friend at a party by poisoning the drink he was drinking but was caught while attempting to poison the drink of his friend who had gone out to pee.

According to reports, the evil young man was forced to drink the poisoned drink, and a short time later he was vomiting and suffering as the chemical took effect in his stomach.

Many people who were present at the scene voiced their disbelief that someone could be so evil as to murder a friend.

Read Also  Meet Nana Ama, a Ghanaian lady with an MBA who sells yam to survive after she lost her work.