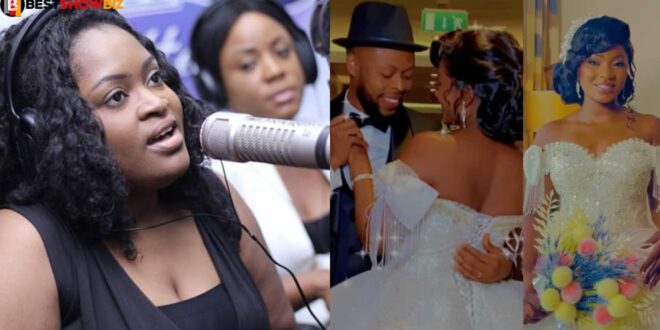 Jacinta, a comedienne with a Ghanaian-Nigerian ancestry, has described how her colleague Kalybos misled her about his relationship status.

In an interview regarding her rumored relationship with Kalybos, the comedian stated that they were not dating.

In an interview with Sammy Kay, she said that she had heard about the relationship rumors surrounding her and Kalybos.

Sammy Kay questioned why she went to sleep at the comedian’s apartment if they weren’t dating.

She responded by saying they were close to dating, but didn’t because Kalybos had lied to her.

She went on to say that when a guy she likes approaches her, she expects him to be honest with her.

However, comedian Kalybos lied to her about not having a girlfriend.

And Kalybos’ girlfriend came to abuse her in public, attempting to shame her.