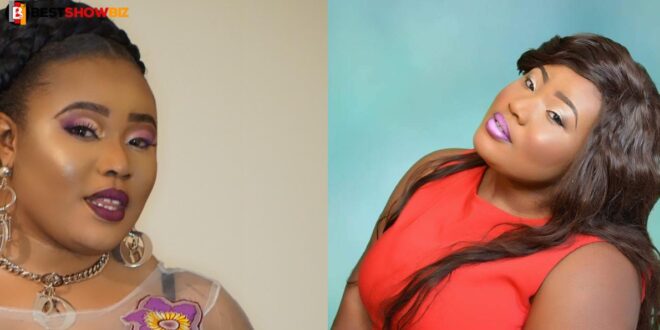 Jacqueline Sarfo Gyamfua, also known as Ohemaa Jacky, a Ghanaian gospel singer located in the United Kingdom, is facing charges of cheating a Ghanaian woman out of €24,000.

Jacky assured Barbara Adu Boahen that he would get her a visa to the United Kingdom.

This occurred just days after Ohemaa Jacky posted on her Facebook page that she could assist people to acquire visas for trips to the United Kingdom and the United States.

Barbara exhibited interest in the bargain after seeing the advertisement, and she was eventually forced to give with €24,000.

The gospel musician provided her with two bank accounts into which she gladly deposited the funds.

The controversial singer, on the other hand, did not keep her end of the bargain and instead fabricated certain documents and provided them to the lady. The lady was apprehended while traveling with forged documents.

When she was released by the police, she contacted Ohemaa Jacky, who cautioned her not to reveal her identity unless she promised to repay her money.

She recently came back to Ghana, where she was instantly arrested by police.

She was charged with two counts of defrauding by false pretenses and forgery of documents and was arraigned in court.