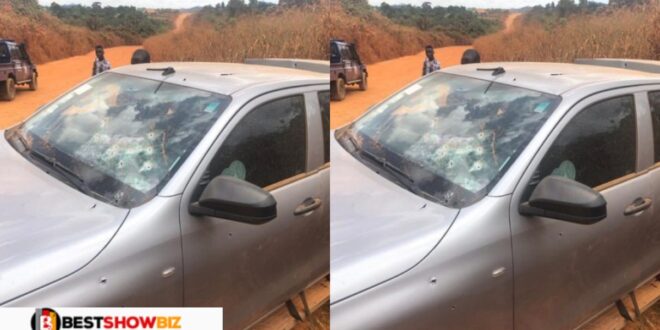 A bullion van was reported to have been attacked by armed robbers in Tarkwa while transporting a large sum of money to the bank.

According to reports, over $10,000 was stolen in front of a supermarket in Tarkwa’s city center in Ghana’s Western region.

According to an eyewitness at the scene, the armed robbers followed the van a few minutes after it arrived at the Ransbet Super Shopping Market around 9 a.m. and stole all of the money.