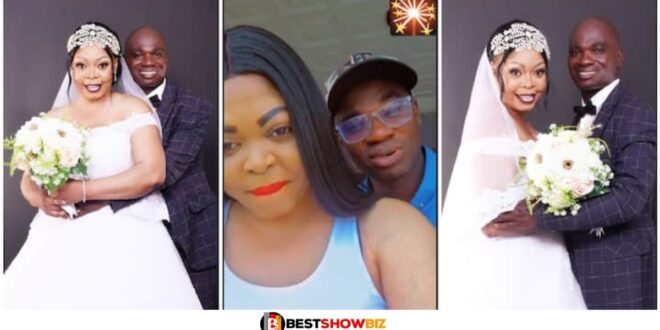 The announcement of Dr. UN and Joyce Dzidzor’s wedding went viral, but just a few short weeks later, it seems they’ve parted ways, and the self-acclaimed UN ambassador is not happy about it.

The former AIDS ambassador confessed that her marriage had been quite stressful since her husband kept doing the same thing that irritated her.

On camera, Joyce Dzidzor urged her husband, Dr. UN, to leave the house and get out of the way so she could record a video for her fans on Facebook.

well, Dr. UN decided to go to the house of the former head of the Ghana AIDS Commission and beg to be his wife again. The KNUST graduate was seen all over her while she was supposedly making a video for her followers.

Read Also  Emmanuella, an 11-year-old comedienne, thanks her followers as she celebrates her 7th year in comedy.

He was overheard telling her that he would never hurt her again if she could find it in her heart to forgive him for everything he had done wrong.

Joyce on the other hand made a big deal when Dr. UN first started begging and telling him to leave her house, but it looks like she gave in in the end.