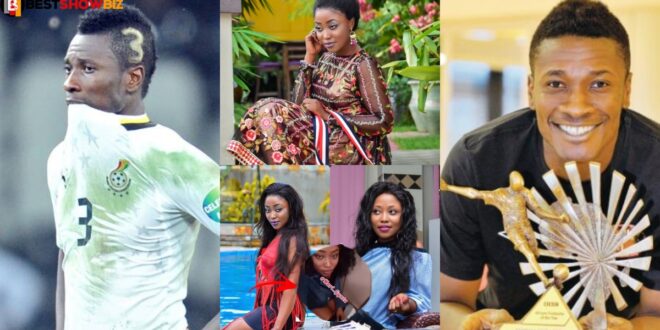 Joyce Boakye, a Kumawood actress, has responded in a new video, only hours after a leaked conversation between herself and Asamoah Gyan triggered social media uproar.

The popular Kumawood actress, who was caught away by how quickly the conversation went viral, has categorically claimed that she has no connection to the footballer and that the trending Whatsapp conversation purporting to be between her and the soccer icon is a hoax.

She feels the photoshopped Whatsapp discussion was staged by someone who dislikes her in order to smear her reputation and cause her problems.

Joyce revealed in the video that she had never met Asamoah Gyan, much less had a romantic involvement with him.

She, on the other hand, asked the general public to disregard the chat and its contents, arguing that nothing expressed there is true.