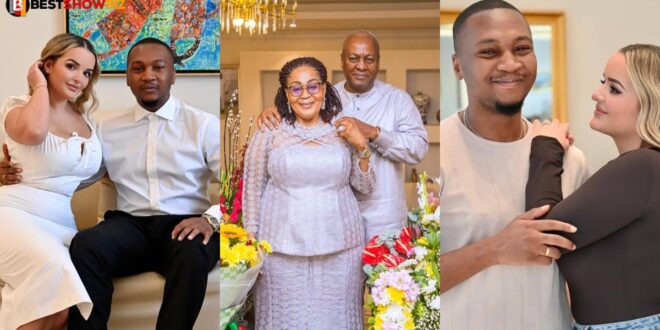 Shafik Mahama, the son of former President John Mahama, and his Algerian wife, Asma, should be congratulated on their one-year wedding anniversary.

In July 2020, the pair married in a simple ceremony that was also covered by the media.

The pair have resorted to social media to commemorate their one-year wedding anniversary in Dubai.

Asma has published gorgeous images to commemorate their first wedding anniversary. The first ten photographs Asma shared were from their wedding in 2020.

“It has been a year since I married my best friend. BTS photos, “she added.

Shafik and his wife were photographed posing for the camera in the other two images.

“Happy Anniversary to the love of my life,” she said in the caption of the photos. Thank you very much for altering my surname. “I will always love you.”