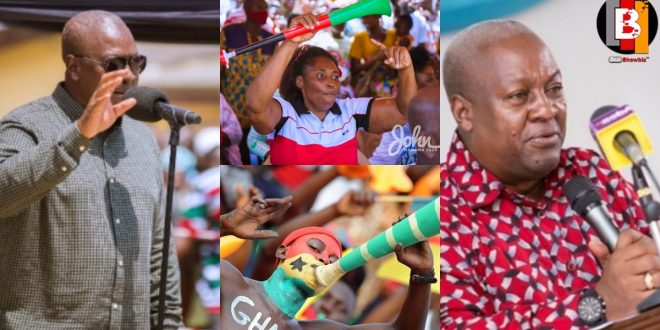 An NDC supporter was met with the other side of former President and their flagbearer, John Mahama during a grand durbar when he became a nuisance at the gathering.

John Mahama was forced to ask this supporter with his vuvuzela to go home because he was making noise with it while he addressed the crowd.

The noise from the vuvuzela was making the presidential candidate to lose focus in his speech to the people and chiefs when he was addressing some monetary issues at a durbar in Suhum.

Mahama eventually lost his patients, forcing him to shut the supporters up.