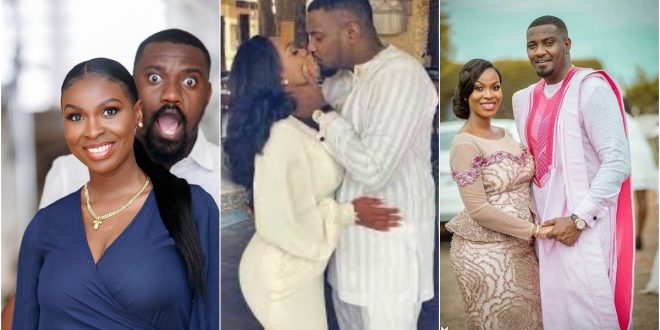 After pulling up a big fight with Lydia Alhassan, incumbent and the re-elected Member of Parliament of Ayawaso West, People are fascinated about John Dumelo’s performance as they call on him to contest at their constituencies.

Fascinated fans of John Dumelo has since taken to his wall as they call on him to ditch his ambition to contest for the Ayawaso west seat in the next election year for their constituencies as they believe he would readily win there.

For instance, a Twitter user with the name LOCAL GH said “no long talk i tink @johndumelo1 should try Bantama constituency cos there dea ebi one touch for him”.

These comments caused John Dumelo to react mostly by giving the eye emoji and not saying much, looking surprised.