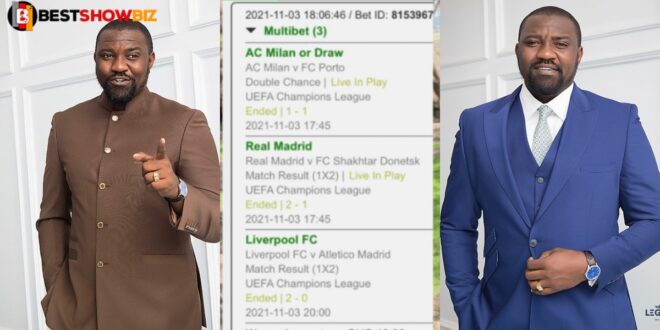 Ghanaian actor-turned-politician John Dumelo, known for his love for the youth, has been witnessed to have offered some right odds to those who won large after gambling it.

John Dumelo is believed to have leaked some odds on Twitter the night before the UEFA Champions League games on Wednesday, November 3, 2021, asking all of his followers to try and stake some if they like.

According to accounts, many of his admirers put the bet, and fortunately for them, they were able to earn big when their bet won big.

Many of the admirers who bet on him have taken to his social media page to thank him for helping them win some money.