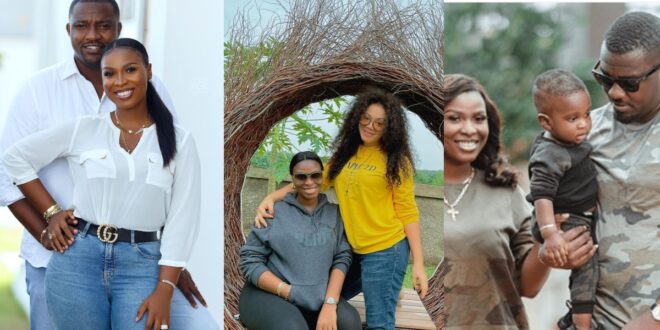 Gifty Dumelo, the stunning wife of actor and politician John Dumelo, is officially expecting her second child, according to social media pregnancy detectors.

This means that John Dumelo Jr. will have a newborn brother or sister in the near future. This accusation was made after Gifty Dumelo posted a photo of herself without make-up with her bestie, Nadia Buari. It seems that her chubby cheeks and sweatshirt led social media users to believe she was pregnant.