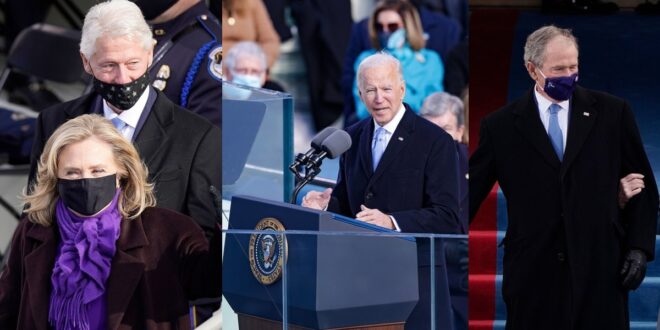 Joe Biden is currently the President of America as he has been sworn in as the 46th president of the United States of America.

Joe Biden also said “This is America’s day as he paid tribute to the peaceful transfer of power and the resilience of American democracy.

“This is democracy’s day – a day of history and hope, of renewal and resolve, for crucible for the ages America has tested anew and America has risen to the challenge. Today we celebrate not a candidate, but a cause, the cause of democracy.”

Joe Biden further thanked his predecersors for making it to his swearing-in as the president.

he said;  “I thank my predecessors of both parties for their presence here today. I thank them from the bottom of my heart.”

he further addressed the attack that took place on the Capitol two weeks ago, when a pro-Trump mob stormed the building, leading to the death of 5 people.

“Now on this hallowed ground where just a few days ago violence sought to shake the capital’s very foundation. We come together under one nation, under God, indivisible, to transfer the peaceful power as we have for two centuries,” he said.