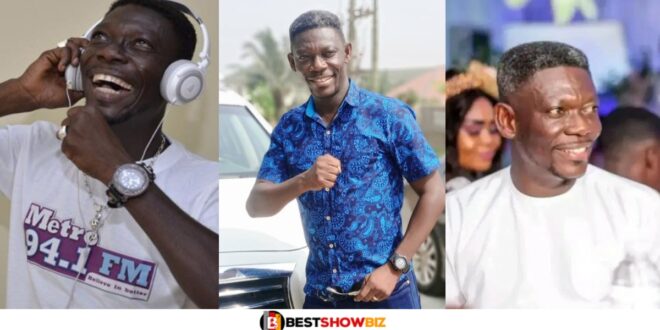 Legendary Ghanaian artist Agya Koo claims that his TikTok account was deleted after he was flagged multiple times, maybe by some of the platform’s influencers reported him.

Despite the fact that he is a new member and has not broken any rules, Agya Koo believes that he was unfairly terminated from the app.

He said in a video clip that all users of the App receive payment for their content, so he doesn’t understand why other users would be wary of him.

Agya Koo claimed that his buddies persuaded him to download the App even though he initially had no interest in doing so. But as soon as he joined, a third party quickly deleted his account.

Read Also  Love goes beyond the physical: Woman speaks as she marries a man without arms

Later, Agya Koo pleaded with his listeners for help in getting back into his account. He claimed that in order to get the warning label off of his profile, 15 people were needed.

It’s not the first time Agya Koo has experienced anything like this. The Kumawood actor claimed that due to his talent and differences with some producers, he had been shunned by the industry.