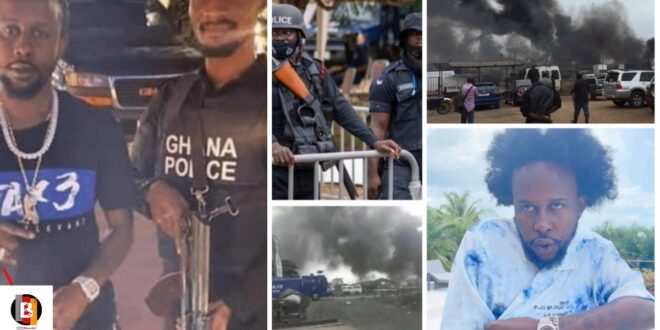 According to reports, popular Musician Popcaan was nearly robbed yesterday in East Legon at a club. but for some police officers who got there in time to save him.

The Jamaican artiste who has been having a nice time in Ghana for a while now had himself involved in a squabble
​at a pub which led to the issue becoming very serious.

It was reported that Popcaan’s security tried to intervene but was overpowered by the thugs until the police arrived and fired some warning shots into the air.

As seen in the video below, a group of men forced their way into a pub and pointed a gun at Popcaan in a viral video, but police quickly arrived, handcuffed some of the robbers, and led the musician out.