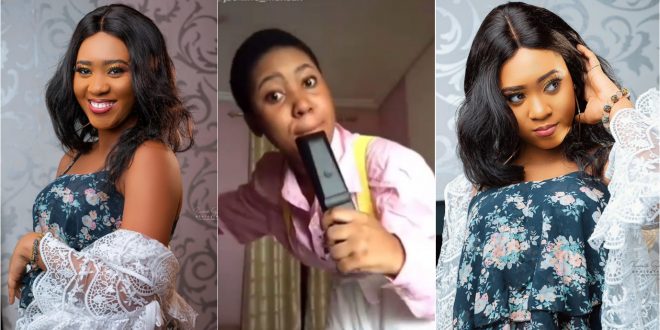 Ghanaian comedian Jackline Mensah, a 19-year-old final year high school student has shared the story behind her appearance and success on the current social media TikTok.

According to her, she joined the Tik Tok platform in March 2019 and after seeing people have fun on the platform, she decided to give it a try, and fortunately, it was a success in just in the time-space of 1 year.

Jackline added that growing up, many people found her funny as to her ability to make different facial expressions. It gave her encouragement that she would do well with TikTok.

To her, her grandmom whom she stays with is her greatest motivation and so far as she(grandmom) loves what she does, she is okay and won’t force herself in any of her comedies.