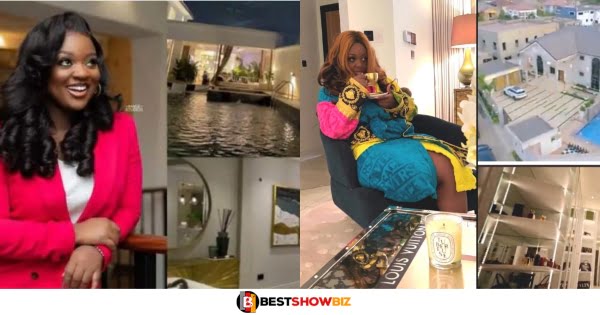 Jackie Appiah, a Ghanaian actress, has spoken out amid ongoing debates over how she came to be so wealthy after videos of her estate appeared online.

Jackie Appiah recently made headlines after a video of her opulent Trassaco estate went viral on the internet.

Many people commended her for her success, while others questioned her fortune and claimed she utilized dubious tactics to acquire her holdings.

Jackie Appiah is renowned for refusing to address complaints and issues that surround her. She responded this time.

The acclaimed actress became aware of the situation after Prince David Osei, a fellow actor, uploaded a stack of posts on his official Instagram page discussing how many actors in the nation amass their riches, including Jackie Appiah.

Jackie Appiah responded to the same post to express her gratitude to everyone who had helped her in the face of on-going criticism from some social media users who questioned her ability to buy such a luxurious property.

see her response below