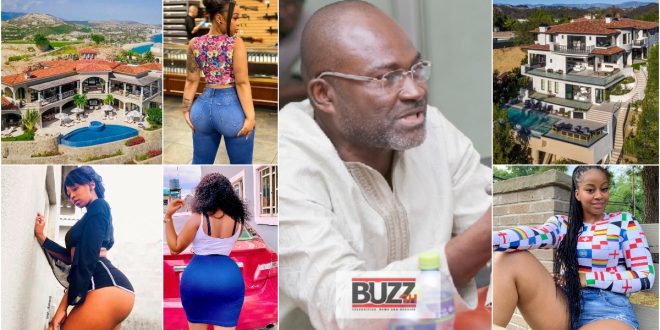 The controversial member of parliament for Assin Central, Hon. Kennedy Agyapong has stated that, he has dashed over 30 houses to girls, believed to be the side chicks he spoke of.

He revealed this on his own TV station, Net 2 Tv during one of the sessions of ‘the seat’ with Justice Kweku Annan.

Following the release of the founder of ICGC Bishop Obinim, he organized thanks given service purposely to hoot at Kennedy who was the backbone of his arrest. He was seen flaunting Money during the service and it was there he said he is richer than Kennedy.

Kennedy also in reply said: “The God you are using will bring you down and that will come through me. God will humble you and that will come through me. Your bragging and you are always bragging that you bought this and you bought that, you see your end? Obinim has just thirty houses but the number of houses I’ve given out to women is even more than thirty. And you Obinim claim you have money more than me?”