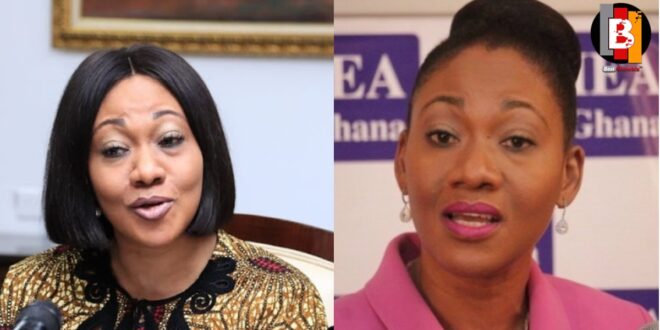 Electoral Commission (EC) Boss Mrs. Jean Mensah has finally reacted to rumors that she has traveled outside the country after declarations of the election results.

just a day after the EC Boss declared the winner of the 2020 elections of Ghana, rumors started spreading that she has traveled outside the country on various media platforms of the NDC party.

though the Electoral Commission released a pressed statement that their boss Jean Mensah is still in the country, she herself has also come out to clarify.

in a video, as we sighted, the EC Boss recorded herself saying she has a valid US visa and could go outside the country any day and time of her choice but she loves her country and has not gone anywhere.