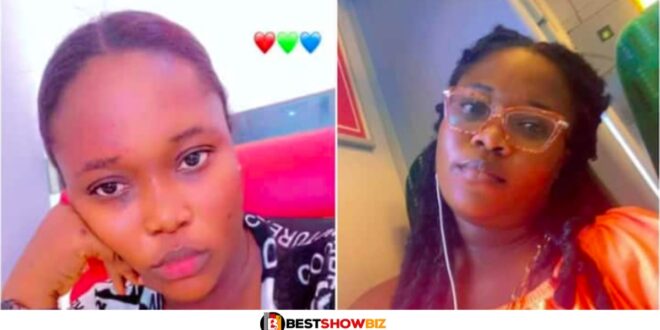 Efya Boateng, who was born and raised in Ghana, went on the internet to talk about how she and her family moved to the United Kingdom to try to find better opportunities.

In Ghana, Efya says she worked as an MTN stuff (a customer care representative), but ultimately decided that leaving the country would be for the best.

In a video she uploaded on Tiktok, she revealed that she was utterly shocked by the employment offer she received after leaving the comfort of her home for the Queen’s kingdom.

She mentioned that she had a job as a cleaner in the United Kingdom.

A significant number of the people who responded to her story shared their own accounts of occurrences that were like to what  she described.

We also compiled some of the reactions below:

Maame Boafowaa said: “I was a pharm*cy assistant in Ghana now i work with men in a warehouse.”

kofiR1 said: “London the leveller! Who you be?”

ABENI said: “Almost Everybody on tiktok is now in the UK . Is just me and three others that is remaining in Nigeria nawa ooooo.”

@thechiltons7 said: “Why am I laughing so much, one bro i know was an accountant in a bank but now a cleaner. It is well.”