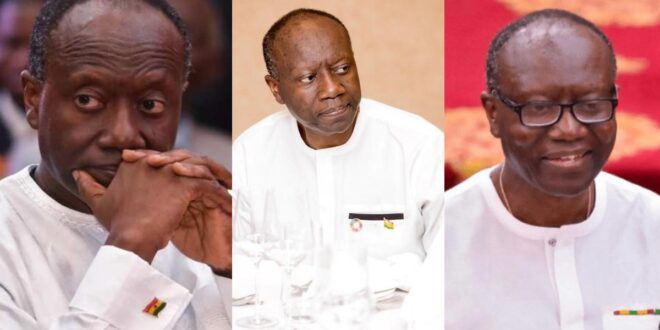 ‘it’s a miracle that I am still alive’- Ken Ofori Atta, after surviving C()vid in America

Mr. Ofori Atta recalled the “very trying time” since finding medical treatment in the United States in his first public address, adding that “it has been a blessing to be here.”

He said, “God has been merciful, and I am particularly grateful for the prayer support.”

As he sang praises to God, he expressed gratitude to his family and Ghanaians for their blessings.

He pointed to the Bible and how God miraculously delivered Peter from captivity, contrasting it to his own miraculous deliverance.

“The doctors here (in the US) have been wonderful and committed, but still they understand that because the numbers have been so critical, there must be someone upstairs watching over me.”

He was presenting at a PricewaterhouseCoopers-hosted online post-budget forum on the 2021 budget.

On February 14, the Ministry of Finance announced that Mr Ofori had traveled for medical attention.

According to the ministry, he contracted COVID-19 in December 2020, but later developed medical problems that, according to physicians, need “further treatments not currently available in Ghana.”

Following President Akufo-election Addo’s to serve as finance minister for a second time, the 62-year-old was set to appear before Parliament’s Appointments Committee for screening on Tuesday, February 16, 2021.