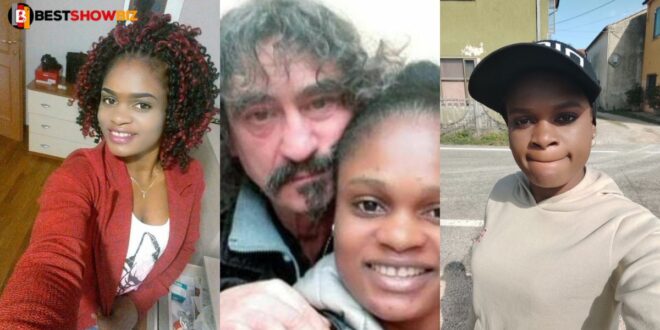 Italian man shoots and k!lls his Nigerian wife after she filed for Divorce

Amenze Rita, a 31-year-old Nigerian lady, was shot and killed in Italy by her husband.

Amenze was slain in front of her coworkers in the parking lot of Mf Mushroom, where she worked, on Friday morning, September 10.

Pierangelo Pellizzar, 61, ambushed the deceased at 7:30 a.m. and shot her four times, killing her instantly, according to sources.

He allegedly fled the scene after killing Amenze in a grey Jeep Cherokee, which was later located abandoned at his brother’s residence.

On the other hand, the carabinieri are on the watch for the suspect, who is claimed to be armed and dangerous.

Amenze was killed, according to Italian media, because she filed for divorce after returning from Nigeria a week earlier.

Read Also  This heartbreaking: See photos of all 3 university students who d!ed this month

Amenze arrived in Italy via Libya in 2017 and married the Italian man in 2018.