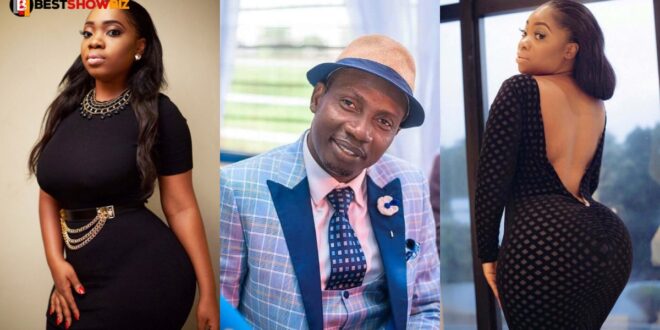 “Losing all the perks and glory you got from prostitution will be a complete blunder.”

He mentioned this on a major television reality show.

The current viral video of model and actress Moesha Buduong has sparked outrage on social media and continues to do so.

People have said a lot of things about her after seeing her video, both favorable and unpleasant.

Since she uploaded her “repentance” video, it appears that society and “social media” have turned against the once-known goddess.

People have even speculated that she may be suffering from a major developmental problem.

However, a few months and weeks ago, the same social media favored her.

Just a few days ago, almost everyone, especially the “slay queens,” viewed her as a goddess, but that has changed now.

She kept warning the young against adultery in her viral video.

The infamous marital counselor’s take on the former goddess’s statement was that “no man can take a woman’s glory after becoming intimate with her.”

He went on to explain that no one knows what Moesha Buduong has confessed to, whether it is fornication or other social vices.

He further stated that repentance is not a public display and that she did not need to inform the world about her ordeal.