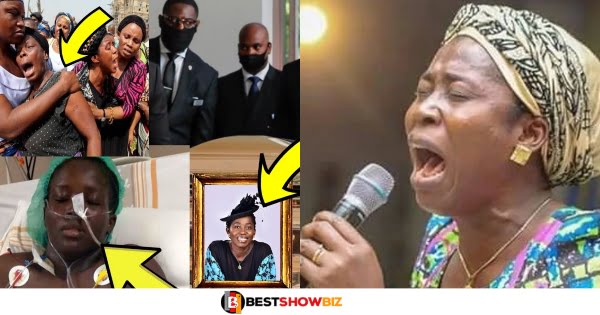 The hospital where the body of the late great Nigerian musician Osinachi Nwachukwu is being kept has put out a statement denying the ridiculous claims that she sings her famous song “Ekwueme” every night in the mortuary.

A spokeswoman for the National Hospital in Abuja said that the claims cannot be proven medically or scientifically and that the story came from people’s imaginations.

“Medically, there is nothing like that; it’s just an imagination of people. Somebody that is dead and is a corpse, how would such a person be singing in the night?

“There is no medical backup to that; it’s the imagination that may be due to the church she attended while alive, and the songs may just be giving people ideas, but there is no proof in any way. It just can’t be proven in any way,”

“Somebody that is dead is dead and has become a corpse; it’s inside a morgue, it can’t sing and can’t move so it’s an imagination of people.” – Dr Taiwo Haastrup told journalists.

Osinachi Nwachukwu, who was best known for her hit song “Ekwueme,” died on April 8, 2022. She had been abused by her husband for a long time, and the last straw was a kick to the chest that put her in a coma for five days and killed her.