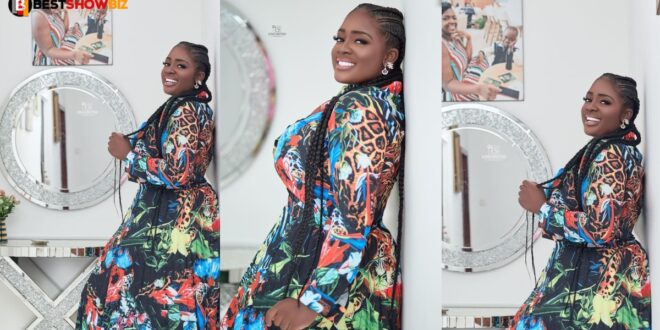 During her beef with Mzbel, the gorgeous actress and mother of one declared definitely and emphatically that she was with her daughter’s father, nicknamed Papa No.

Following her latest tweet, it appears that the relationship between this wealthy businessman (Papa No) and Tracey Boakye has deteriorated.

Tracey Boakye’s controversial tweet, which included some stunning photographs of her, has left her fans perplexed.

“I AM SINGLE AND SEARCHING OOO, ANAA MOSE”