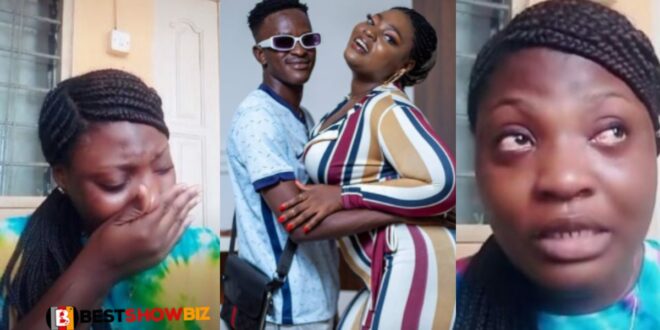 It has ended in Tears: Shemima of date rush cries as she reveals Ali has broken her heart in new video

Shemima from Date Rush was seen crying hysterically in a new video over her recent breakup with Ali after meeting on the show.

Shemima was seen publicly declaring her split from Ali while speaking in a self-recorded video.

Ali, she claims, began displaying certain indications early in their relationship, which gradually combined to push them apart, eventually resulting in their breakup.

Shemima, who was crying, said she turned down numerous proposals because of Ali, and that she did so because she thought they were in a serious relationship.

Shemima stated that she was always receiving threats and warnings from a specific lady, telling her to stay away from Ali.