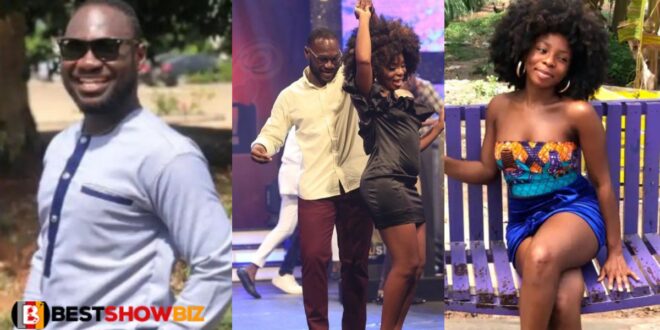 Nabila, a Date Rush contestant, has dumped her date, Nana Kwame, and returned to the United States.

Nana Kwame revealed that they were unable to meet before Nabila’s returned to the United States.

She has already completed whatever mission she came to Ghana to do.

The boys were rushing Nabila for a date after she appeared on the show and gained popularity as the first American competitor.

They probably believed that if they could win her heart, they would get a green card.

Nana Kwame came out on top in the end, but it turns out he was duped.

According to him, Nabila did not show up for their date after the program and instead flew back to the United States.

He claims she has also stated that she prefers texting to calling and thus does not answer his phone calls.

Hmmm. Nana Kwame narrates his story in the video below…