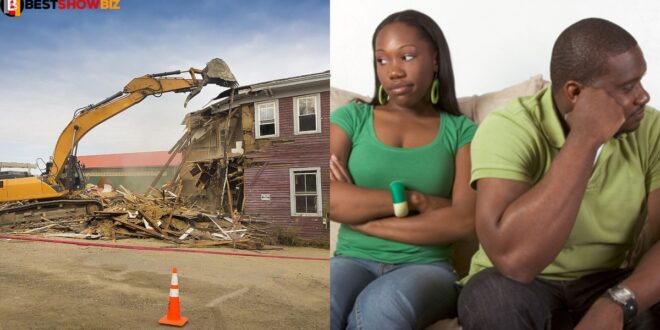 An enraged lady planned to ruin the home she and her husband had created together.

The lady reportedly hired a front-end loader, sometimes known as an excavator tractor, to destroy the building, according to a video that has leaked online.

Following a broken marriage, the lady hired a tractor in Limpopo to demolish the house, according to a video seen by Bestshowbiz.com.

People can be heard chatting in TshiVenda in the background, and the video has caused tongues to wag on Twitter.