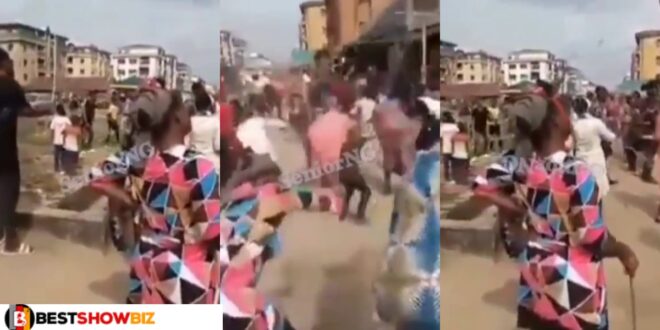 Is this normal? Video of church members flogging Satan with canes surfaces – Watch

After this video of a bunch of deluded Christians flogging, Satan surfaced on the internet, another layer of Christianity’s nonsense was exposed.

The congregation, which included people from all walks of life and children, used various types of sticks, ranging from canes to brooms, to aggressively beat the ground, which they believed represented the devil’s home, as instructed by their pastor.

Given the numerous examples of how so-called men of God interpret God’s word to their sheepish followers, the video is unsurprising.