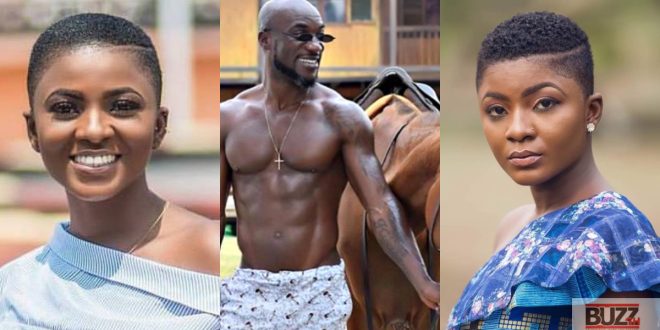 Looking at the recent comment high-life singer Kwabena Kwabena sent under actress Ahuof3 Patry’s post, suggest that he is crushing on her.

both Kwabena Kwabena and Ahuof3 Patri have denied allegations of being in a relationship.

Kwabena Kwabena in an interview disclosed that he is very close to the actress which has made people suggest that they are dating which is false.

But looking at the recent comment of Kwabena Kwabena under Ahuof3 Patri’s post suggests that he is crushing on her but does not know how to tell her.

Ahuofe Patri shared a beautiful photo of herself on her IG handle where Kwabena Kwabena commented “pretty” with fire emoji to classify her as being hot.