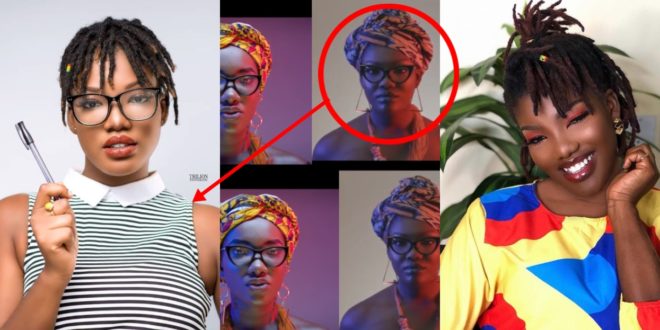 Budding dancehall singer Iona has landed herself in big trouble after she copied the late Ebony’s song ‘Maame Hwe’.

since the death of the late Ebony Reigns, many people have come out posing like her and doing everything like her.

just like singer Iona who is one of the few people who looks like Ebony, she is trying her possible best to gain massive attention by copying the late singer.

well in Iona’s new EP, it appears that one of her songs dubbed ‘Obra’ sounds and looks the same as Ebony’s ‘Maame Hwe’.

the visual of the song, she was dressed just like the late singer, she sang like Ebony as well.

this has resulted in her massive backlash from Netizens as they slam her for not building her own brand than copying someone else.

below is a video of her song and a screenshot from Netizens;