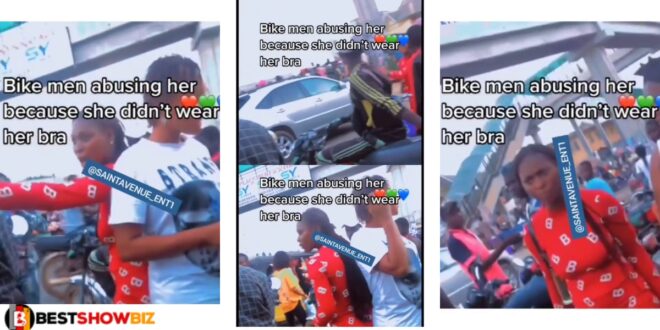 A commercial biker (Okada guy) shamed a lady for not wearing a bra before stepping out.

The lady in the red dress with no bra was not happy with the Okada man’s statement, so she kept jabbing him, resulting in a dispute.

The video has been spreading on social media, and many netizens have expressed their displeasure with the man for not paying respect to the lady.

Some netizens, particularly females, condemned the Okada man for assaulting the lady in such a way because wearing a bra is not obligatory.

Read Also  Sandra Ankobiah in love? hints on the one behind her beauty and smiles - Photos

Check out the video below….